Four Highline golfers aimed for season bests, but played below expectations at the championships.

Last weekend in Yakima, the Bellevue Lady Bulldogs claimed the NWAC team title with an overall score of 478. 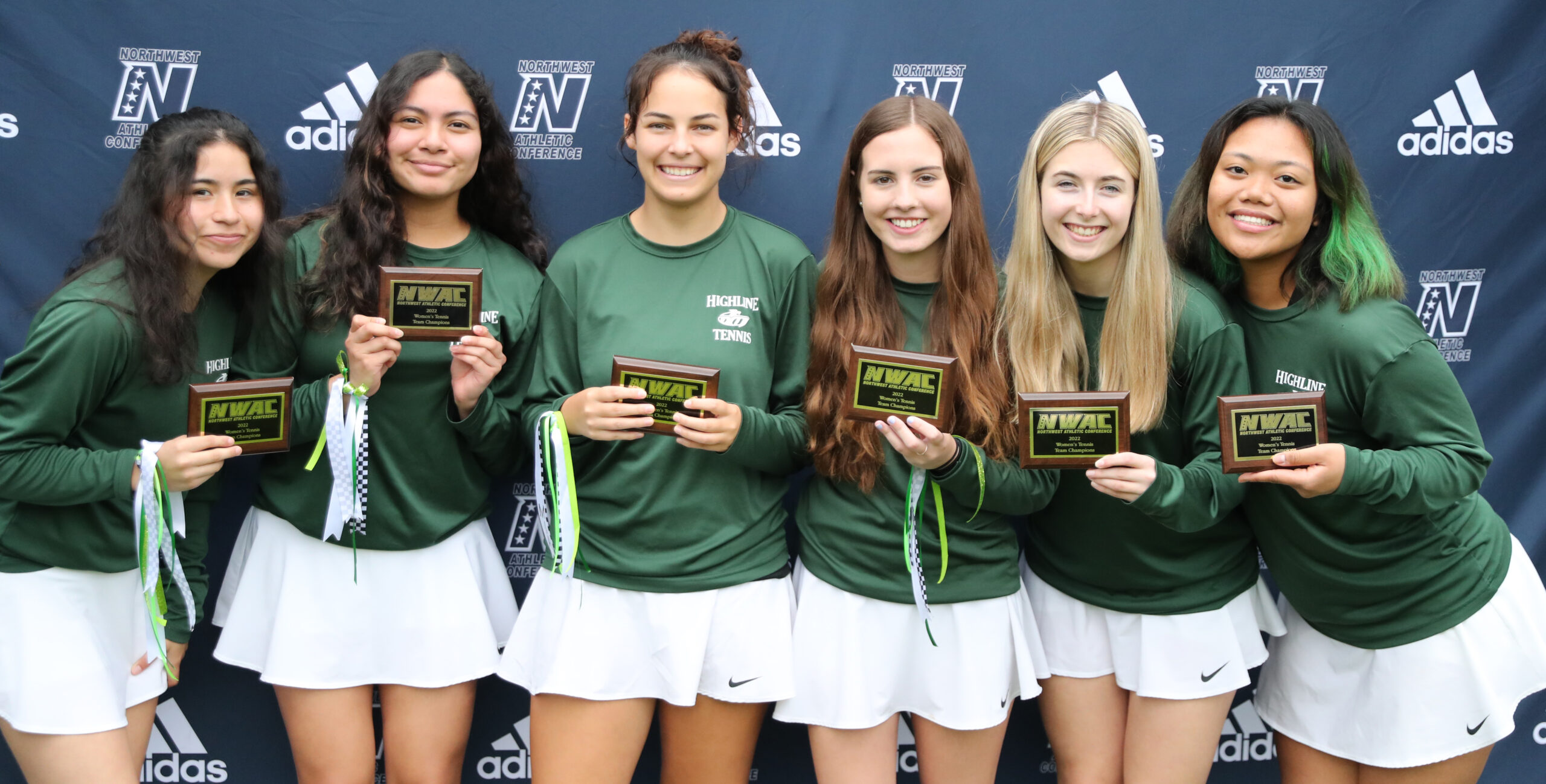 May 19, 2022 Read more
Four golfers to tee-off at championships

Four Highline golfers are listed as having qualified for the NWAC women’s championships this weekend.

The championship will be held on May 22-23 in Yakima at the Apple Tree Golf Course. The top five women’s teams and 36 golfers will be swinging for a shot at the 2022 title.

The women’s tennis team will compete in the NWAC championships for a shot at taking home the first place trophy this weekend.

The tennis championships will be May 14-15 at the Wenatchee Racquet & Athletic Club.

The Lady T-Birds spent this week and last week practicing at their home court. No matches were held.

Although the regular season concluded early due to a Treasure Valley cancellation, Highline continues to soar. For the third time straight, the league has recognized a Highline player for their success.

Highline women’s golf is sixth in the NWAC standings after a third-place finish last weekend and three T-Birds are headed to championships.

Highline placed sixth among seven teams in the Centralia Invitational last weekend with a total score of 756 (+95).

Highline teed off a new program record in the first nine holes of the tournament. The Thunderbirds collectively went 15 over par in the first 9 holes in the first round.

The women’s tennis team leveraged its bye week to prepare for the NWAC championships, which are a little under two weeks away.

No matches were scheduled for NWAC tennis last week and none will be held this week, which gives the Lady T-Birds time to sharpen their skills.

Highline won’t get another chance to bury Treasure, however. Highline was scheduled to host Treasure Valley this weekend, but they canceled Wednesday morning.

The abrupt cancellation will close out the Thunderbirds’ regular season with a perfect 5-0 record. Now the team looks ahead to the NWAC tennis championships on May 14-15 in Wenatchee.

The Lady T-Birds tennis team stumbled against the big kids before beating up on someone their own size in last weekend’s competition.

Despite the team loss, Highline continues to level up in play every time they face four-year schools.

“Athletically, it was our best match of the season and we competed well on every court. Celeste Parker was even able to pull off a win at No. 2 singles against a very tough opponent who also happens to be an alum of our program, Lexi Maison,” said Highline Head Coach Laura Rosa.

Highline women’s golf placed sixth in the Bellevue Invitational and are swinging for a spot at the championships next month.

Highline Head Coach Steve Turcotte said the women’s putting and short game is still a work in progress. However, he said he has seen a notable improvement in players’ shots over the two-day tournament.

The team travels east this weekend to play two teams before closing the regular season at home.

In Ontario, Ore., it took the Thunderbirds a couple games to acclimate to outdoor competition at the Treasure Valley courts. The recent weather hasn’t allowed the team to have much outdoor court time, said Head Coach Laura Rosa.