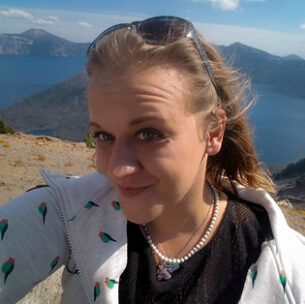 Student finds her way back through poetry

Hamilton is a returning college student finishing her AA degree with honors and is an editor for Arcturus, the college literary magazine.

She will be working on her bachelor of applied science in Global Trade and Logistics at Highline in the fall.

Things however were different in 2014 for Hamilton. Hamilton’s life changed after experiencing a traumatic brain injury, resulting in a long recovery process. 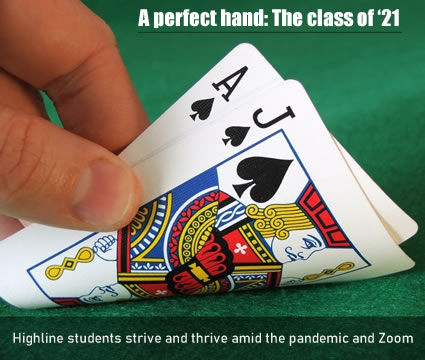 “Everyone wants an exciting story about their injury, but I just slipped,” Hamilton said.

Hamilton slipped and fell down a flight of concrete stairs, hitting her head in the process.

“I didn’t think of a traumatic brain injury or of a concussion. I went to work with bruised ribs and a sprained ankle,” she said.

Since the accident, Hamilton has been working on her recovery.

“The first three years were the worst; juggling doctors, neurologists, cranial sacral therapists, chronic pain doctors, all while I couldn’t hold a conversation for much more than 15 seconds.”

Everything from eye contact to being touched hurt, said Hamilton.

“A lot of my memories were gone. I had doctors and neurologists tell me I would never heal and to get used to my new normal,” she said. “But that was never an option I was OK with.”

“It took about four years, but I taught myself how to read and retain information with poetry, and I used photography as a way to help myself remember,” Hamilton said.

Before her injury, she was an independent person, said Hamilton. Since the traumatic injury, she feels as though she has lost that independence.

After going on a cross-country road trip with her pug, Wookie, she came back to Washington.

In an unstable situation, and without a place to stay, Hamilton had to leave her pet in the care of family.

“I stayed on friends’ couches and enrolled in Highline. I was often on campus for 10 to 12 hours a day or searching for Wi-Fi in parking lots.”

With the help of her ADA pug and school housing (WISH), Hamilton was able to find strength in herself and the motivation to keep moving forward.

“Emily is a strong woman, stronger than she knows, who has overcome incredible struggles,” said Susan Rich, a faculty member in Highline’s English and Film Studies department.

Rich, who was Hamilton’s English 200 professor, said, “Through her experiences as an Arcturus editor, Emily has begun a collaboration with the Highline food pantry, co-hosted two literary salons and interviewed our college president, Dr. John Mosby.”

“There have been so many setbacks she’s encountered and none of them have kept her down,” Rich said.

Rich said she hopes Hamilton will stay ambitious with her career goals. “There’s nothing she can’t do once she sets her mind to it.”

For others fighting their own battles, Hamilton said to give grace.

“Healing from anything is complex, is often messy, and sometimes isolating—so make sure to extend that grace to yourself as well,” said Hamilton.

“In order to help others, you have to be strong on your own first, that stability takes time and self-discipline. It’s not easy, but it’s worth it.”