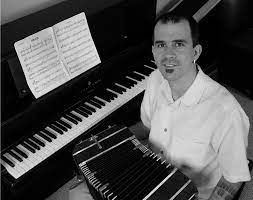 A link between two local music programs is striking a chord with some Highline students.

The iBuildBridges Program, in collaboration with Highline College’s 25 Music 101 (Creating Your Own Music) and 103 (Intro to Music Technology) students, have found a new way to stay connected musically without being in the same room.

The collaboration between the two programs started a little over a year ago, right before the COVID-19 pandemic, said Dr. Ben Thomas, a music professor at Highline.

“I had known Eduardo Mendoza [the head of iBuildBridges] for a while. He’s a great Brazilian musician, so we knew each other through the kind of Seattle Brazilian music community,” said Dr. Thomas, an accomplished musician and composer as well. “We met the term before COVID started, and we were planning on getting together and doing in-person stuff, but because of quarantine, we’ve been doing it online every quarter instead.”

They use Zoom meetings to give students a platform to share their compositions and get constructive feedback to further their musical knowledge.

The iBuildBridges Program, based in Seattle, is a platform for new musicians to expand upon the knowledge of music that they’ve gained. This quarter they have 10 students, all of whom auditioned for the program.

iBuildBridges uses “music and storytelling to inspire individuals to actively build relationships with people of different backgrounds,” according to their website.

In these meetings, Dr. Ben Thomas said that the students are in charge of what happens; they show what they’ve been working on and they give feedback on what they hear from each other.

“The iBuildBridges students describe their collaborative process, which is something we really don’t do in Music 101 as mostly people working by themselves,” Dr. Thomas said.

“Sometimes you’ll have a friend pair working on stuff together, but most people are just doing their own thing. So, Music 101 students get to see the collaborative process and how that might look,” Dr. Thomas said.

Dr. Thomas said that one of the main obstacles that they faced when trying to merge the programs was the wireless connection rather than being in person due to COVID. But, they figured out how to make it work for them, and maybe even better than in person would’ve, he said.

“It’s actually worked out better because if you do it in person, they meet at night and Highline classes tend to meet in the morning,” he said.

“But because we can do everything on Zoom, we just choose an evening, we make a Zoom call and most of the Highline students can make it from their homes,” he said. “It’s not as fun as being in person and exchanging that energy there, but I think it’s allowed more Highline students to participate and see what happens because of the Zoom thing. So I think in the future, we will probably do some in person and some on zoom,” he said.

One thing that the iBuildBridges program hopes to accomplish is to build a stronger connection with other music communities.

“Here’s this community-based music program, we’ve got Highline’s music students; by putting them together, it’s reaching out into the community and pulling the community into Highline, so that’s a big part of it,” Dr. Thomas said.

He also said that a big part of having these different groups come together was to create more inspiration.

“The iBuildBridges program is a pretty in-depth community music program, the students are involved for years at a time, they get paid stipends to rehearse and write music and perform,” he said. “So, I think it’s great inspiration for some Highline students with less musical experience to say ‘Oh, if I really spend time, get good at my instrument, work with other people, figure out how to write music, this is what I could do,’ ” Dr. Thomas said.