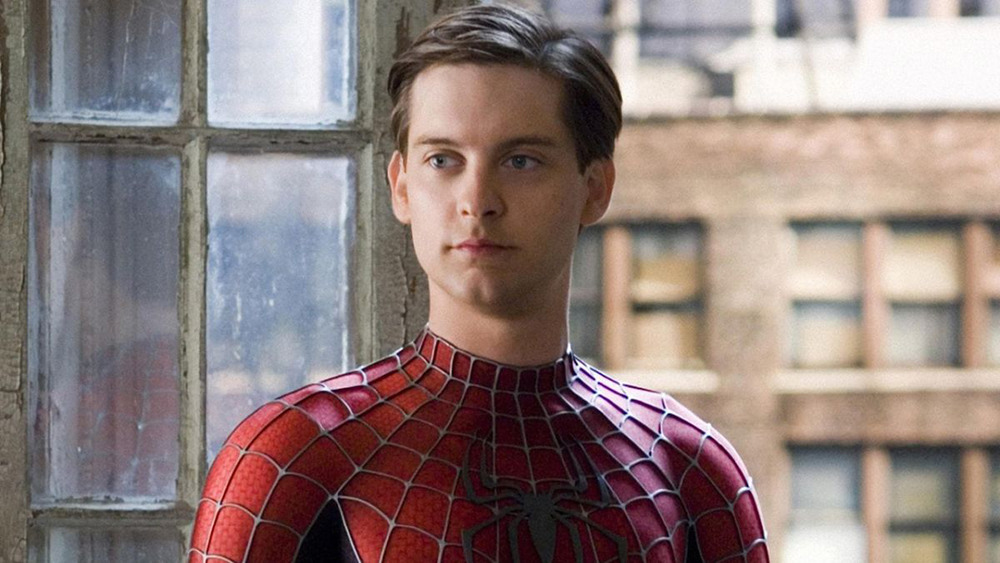 The original Spider-Man Trilogy did something no comic book movie has done since: They feel like comics that have jumped onto the big screen, for better or worse.

All three films were directed by Sam Raimi (most well known for making and directing the Evil Dead films, all of whom starred Bruce Campbell, who makes a cameo in all of these films) and starred Tobey Maguire as Spider-Man/Peter Parker, Kirsten Dunst as Mary Jane Watson (Peter’s crush since elementary school), and James Franco as Harry Osborn (Peter’s uber-wealthy best friend since childhood).

The first film, simply titled Spiderman (2002), is about Peter Parker, your average high school student photographer, getting bitten by a genetically modified spider and getting spider powers in the process. While at the same time Norman Osborn (played by Willem Dafoe and Harry Osborn’s father) goes insane and is turned into the Green Goblin after a science experiment gone wrong.

This film, and less so for the rest of the trilogy feels like a cartoon at times. It has the stereotypical bully, the street crooks wearing all black, the military general that’s looking to SCIENCE! for more military weaponry, the mad scientist, and the main villain screaming “we’ll meet again, Spider-Man!”

But that works to this film’s benefit, as it is very clearly a call back to a simpler time in storytelling, with clear-cut heroes and megalomaniacle villains, not unlike Spider-Man’s origins in the comic industry.

This style wouldn’t work if the actors weren’t clearly giving it their all. Special mention must go to Tobey Maguire as Peter Parker, Willem Dafoe as Green Goblin, and J.K. Simmons as J. Jonah Jameson.

Tobey Maguire does a great job making the audience feel for him as a complete dork that the universe seemingly enjoys using as its punching bag. One minor point is that he’s not as quippy as Spider-Man is in most versions.

Willem Dafoe chews the scenery whenever he’s on screen. He can’t even eat a turkey without getting a laugh out of the audience.

And J.K. Simmons IS J. Jonah Jameson, he’s great in all these films.

He’s such perfect casting that when Marvel started making their own films about Spider-Man, they just cast him again. In this film (and all subsequent films of the trilogy) he is a laugh riot, constantly giving out rude, snide remarks just over the top enough to not really be taken seriously.

However not everything is as perfect as J.K. Simmons’ casting.

The CGI in this film has aged very poorly and is very noticeable. Every time a CG person is on screen, they look like they’re made of rubber.

The film’s tone can sometimes be a bit too chaotic for its own good. There are points where the film tries to be serious, but is immediately preceded by silly scenes like Willem Dafoe talking to himself in the mirror or crawling on the ground, talking to his helmet.

The original Spider-Man, while a bit dated and too goofy for its own good at times, is a fun ride.

Spider-Man 2 (released in 2004) is one of those rare sequels where it’s just as good if not better than the original.

Peter Parker, now in college, is having trouble with his personal life due to his side job as Spider-Man constantly getting in the way. He can’t hold down a job, he’s always late for his classes, and has a hard time connecting with his friends and family. To top it all off there’s a new villain in town, Dr. Otto Octavius (AKA Doc Ock, played by Alfred Molina) a mad scientist that has four mechanical tentacles attached to his back.

This film, while still being silly at times, has cut down on the silliness a bit making for a much more tonally consistent watch.

The film does something that could have easily backfired; The fact that for 40 minutes of the film’s running time there is no Spider-Man, just Peter Parker living his life. But it works, because the audience sees how being Spider-Man has ruined Peter’s life beforehand, so for those 40 minutes where Peter quits being Spider-Man, it’s sort of cathartic as his life starts to look up.

The CG for the film has taken a noticeable upgrade compared to the first film, as the characters no longer look like Stretch Armstrong. Though the CGI is still a bit obvious.

However, one effect that still holds up is Doc Ock’s robot tentacles; they managed to bring them to life through a combination of puppetry, CGI, and practical effects.

Speaking of Doc Ock, Alfred Molina does a very good job at portraying Doc Ock, he perfectly portrays how he is a good man, but due to events in his life, he’s been turned into a monster. He is able to sell scenes that might come off as goofy, like him talking to the tentacles.

After the first two films, Spider-Man 3 had some big shoes to fill. Unfortunately, due to studio interference it didn’t stick the landing.

Peter Parker life has gotten better since the last two films, the city loves Spider-Man and he’s finally going out with Mary Jane. However, it doesn’t last long, Harry wanting revenge for events that transpired in the previous films tries to kill Parker.

While that’s going on, Flint Marko (played by Thomas Haden Church) gets caught up in a science experiment while escaping prison and becomes the Sandman. Also a meteorite containing a symbiote gets attached to Peter causing him to become more aggressive and self-absorbed.

This film’s big problem is that it’s too bloated with too many plot points going on at the same time. So much so, you want to ask the movie “Will this be on the test later?”

Also, speaking of Topher… Poor, poor Topher. It seems he must have really angered his agent or at least owed him some serious money. As once again, he’s miscast as a character where he isn’t very convincing.

Eddie Brock should be the exact opposite of Peter; he should be more muscular, not jacked per say, but clearly someone who’s been to the gym a couple of times. But Topher plays him as a dork, similar to Peter, just more sleazy.

The character of Venom himself is poorly implemented. Originally, Sam Raimy planned to only have Sandman and Harry as the villains. This made sense, because they had been building Harry’s character for the past two films, so they only had to set up Sandman originally.

But the studio forced Venom on him, so Raimy had to get Venom in there somehow.

The first two films set things up perfectly, with half of the picture focusing on Peter’s personal life and the other half focusing on Spider-Man’s battle with the new villain. Because of Venom’s inclusion, the origin story is rushed and not as deftly handled as in prior films in order to get him into the film.

The rest of the film also suffers for it. The film begins with Harry as the villian, the middle part is about Sandman, afterwards he goes missing for large stretches for the plot, and then Venom is thrown in at the end and teams up with Sandman.

Peter in this film is also not handled nearly as well as in the previous films. In the last two he was a little socially awkward, but in this you begin to wonder if he is a little slow with some of the decisions he makes.

The scenes where he had the symbiote on, Peter started acting all cool and suave and made me want to look away. There’s a dance number at a jazz bar that is just ridiculous.

Also I started to get really annoyed with both him and Mary Jane continuously getting into spats. After a while, one thinks maybe you two just aren’t made for each other.

Though the film isn’t all bad.

Sandman is very well done, Thomas Haden Church expertly portrays him intimidatingly, while at the same time conveying his regret for his actions, as he’s just trying to get money for his sick daughter’s operation.

The scene where Sandman is “born” is the best scene in the film. It does a great job getting across emotion with no dialogue, just using the musical score and the visual storytelling, to show how his love for his daughter is what pushed him to reform, and push on.

The CGI in this film, while still a little weird looking, is the best looking out of the films in the trilogy.

It’s a shame that The Spider-Man trilogy couldn’t have ended on a high note.