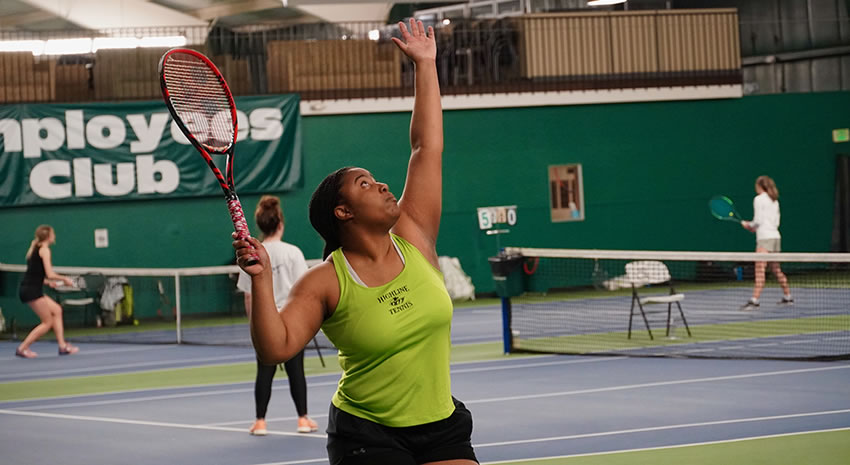 Bellevue, which regularly recruits players from around the world, couldn’t field a full squad for the match thanks to pandemic travel restrictions.

This was the first match of five for the Lady Thunderbirds in their shortened season. There will be no playoffs or championships this year. The season will end with a jamboree in May.

Highline sophomore Marie Fenske continued the pattern with a win versus Meghan Howard, 6-4, 6-0.

The fourth win of the night was by sophomore Autumn Simpson, defeating Ruslana Dovhal, 6-0, 6-0.

In doubles play, the duo of  Fleury and Olsen take Bellevue’s Bernard and Welsch, 8-0.

Highlines women tennis team finished the night with another win by forfeit for Fenske and Simpson.

The team has been working out since September and their dedication is paying off, she said. They had to be more accountable this year because some practices and workouts were done without their fellow teammates or coaches due to COVID-19, Coach Rosa said.

“I think this may be the most talented and dedicated group we have ever had,” she said.

Coach Rosa said that they play well due to tradition and high standards. Their team motto is, “WHO we are is WHY we win,” she said.

The Lady Thunderbirds will be back in action Sunday, April 25 against Spokane at Wenatchee.