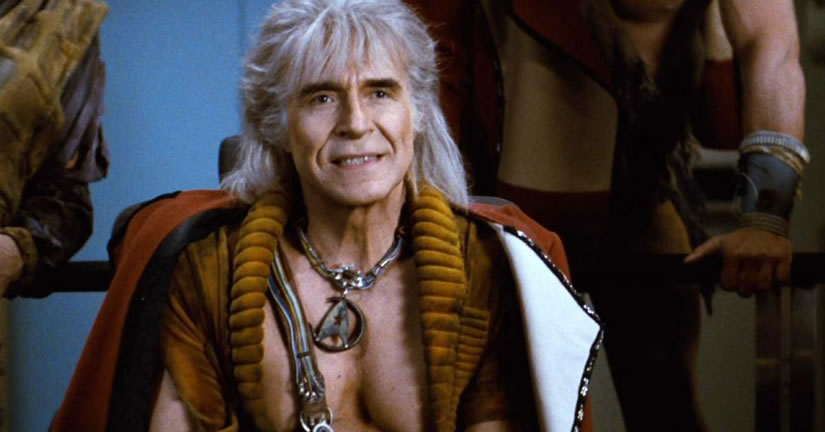 Ricardo Montalban was a memorable villain in The Wrath of Khan.

Some Star Trek movies should be boldly left on the shelf

After watching all six original Star Trek films, only one conclusion can be made: The odd number movies are cursed.

The first of these films, Star Trek: The Motion Picture (1979) was directed by Robert Wise and stars all of the original cast, as do the rest of the films.

The film’s plot revolves around some kind of large alien spacecraft that destroys anything that it comes across that is heading towards Earth, so The Enterprise is sent to stop it.

Let’s just say after watching this film I know why it’s nicknamed the “The Motionless Picture.”

This film is the definition of slow. Many shots are way too long, consisting of only an object and reaction shots from the people looking at it.

An example of this is the reveal of the new Enterprise. What should be a couple-second shot is stretched out to five minutes. Because of this, any majesty the scene might have had is sucked out the airlock. 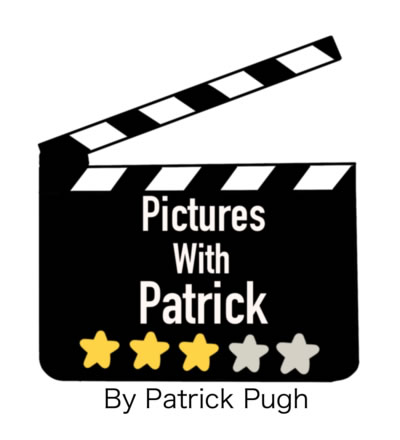 Every time one of these scenes happens, I thought to myself “We get it, you spent a lot of money on this film, now can we please move on!”

The effects themselves haven’t aged too well either.

No joke, during one of these elongated shots I went up and did my laundry and I didn’t miss a thing. And I’m pretty sure I felt like it. I probably could have done my taxes, listened to a podcast, ordered a pizza, written up this review and not missed anything of importance. That’s how slow this film moves.

I understand the film was trying to go for, an out of body experience, kind of like 2001: A Space Odyssey.

But there’s two big problems with that idea.

And the second problem is that the only out of body experience this film will give you is sending you to dreamland.

That’s not mentioning the dialogue (if there even is any, depending on the scene).

The dialogue, to put it simply, is hokey. One of the new characters, Ilia (played by Persis Khambatta) introduces herself to Kirk by saying “My oath of celibacy is on record,” which comes straight out of nowhere and is never explained or mentioned again.

Thankfully the next film Star Trek II: The Wrath of Khan (1982) was directed by Nicholas Meyer and is much, much better.

The film is about one Kirk’s old nemeses Khan Noonian Singh (played expertly by Ricardo Montalbon) escaping from exile from the planet he was left on, and is out to kill Kirk with the mysterious new Genesis Device.

This movie’s writing is almost Shakespearean, focusing on loss, old age, passing of the torch, youth, regret, and revenge. Every scene shares a purpose, whether it’s forwarding the plot or shows off the theme or character development.

A great example of just how good the writing is, how you could totally watch this film without watching the original series and still have a great time because the film is expertly written enough to naturally explain the backstory.

The acting is superb, with special mention going to Montalbon as Khan. Everything he says is quotable, making one of the best villains in film history.

Speaking of villains, Khan’s right hand man Yoachim (played by Judson Scott) is just as interesting despite being a minor character.

Yoachim is the voice of reason, trying to convince Khan that should let go of his vendetta of Kirk, seeing how they’ve escaped. This in turn also informs the audience of the character of Khan.

The effects, unlike the previous film’s, have aged very well, despite having a smaller budget.

Speaking of Khan, the epic rivalry he shares with Kirk is also masterfully well done. At no point does it feel like one is just dominating the other. In this film it really is an even 50/50 –sometimes Khan is winning and sometimes Kirk is winning.

The battles themselves are tense, feeling more like a match of chess instead of utter chaos, with both sides trying to outsmart and outmaneuver the other.

The film also sports one of the saddest deaths in cinematic history, which I’m not going to spoil.

There are also a lot of smaller quiet moments between characters where they show their human side (or their half human side, in the case of Spock).

The third film, Star Trek III: The Search for Spock (1984) is directed by Leonard Nimoy.

The film takes place shortly after the last film and Enterprise is being sent back to Starfleet for shore leave. However, while on shore leave, Kirk and the rest of the crew decide to return to the newly created planet Genesis to retrieve something they’ve lost.

This film’s biggest crime is that it’s merely OK when it could have been great. There’s nothing horrible about the film, but nothing great about it either.

The villain Kruge (Chistopher Lloyd) isn’t anything special but is fun to watch.

A few scenes are very well done, such as the blowing up of the Enterprise, which is given a lot of weight, which it naturally should.

The next film, Star Trek IV: The Voyage Home (1986) is not only once again directed by Leonard Nimoy but is also written by him.

It is three months after the last film and the crew is beginning to head back to Earth to be court martialed for their actions in the last film. However while making their way there, a probe that scrambles technology and disables any starships that go near it suddenly shows up on Earth, causing the earth’s oceans to go wild by sending out some kind of signal that only whales can understand and respond to. Unfortunately, the whales have been extinct for years so it’s now up to the crew to go back in time to 1986 and pick up some whales to bring them to the future.

So from the plot synopsis one might think the plot is kind of ridiculous, and it is.

However, the film knows it’s ridiculous, so it doesn’t take itself too seriously and is actually a lot of fun with a lot of funny set pieces.

It also allows almost every character to shine and have their moments. The crew is a sort of family, undyingly loyal to each other and not letting anyone be left behind, whether it’s Chekov (the Russian of the group) asking where the nuclear vessels are in 1986, or Dr. McCoy being disgusted by 1986 medical practices and comparing them to the dark ages.

The film, while being a lot of fun, still has its fair share of serious moments.

Unfortunately Star Trek V: The Final Frontier (1989) directed and written by William Shatner, is the bad kind of ridiculous and actively angers me.

The film is about Spock’s long lost half brother Sybock (played by Laurence Luckinbill) taking over the Enterprise with his magical powers to take away psychological pain, so he could physically find god.

Let’s go right off the bat by saying that this film has more holes than the movie Holes, which was actually about them.

A crazy Klingon captain is chasing Kirk throughout the film. Never once do they think to use the Klingon admiral to tell the captain to stand down.

The ship is also shown to barely be working but instead of simply taking Captain Kirk and simply placing him in command of another ship, they simply take the barely operational ship into a hostage negotiation.

Sybock himself is a storytelling anomaly, because never once in the original series or previous films is he talked about or alluded to once, and has magical powers that are never explained.

So who’s basically a Vulcan Jesus, a Vejus if you will.

Another problem with the film is how almost the entire crew betrays Kirk of their own free will.

The crew are convinced to betray Kirk simply because Sybock took away their pain. The crew is not mind controlled, they’re in full control of their faculties. This single action shoots and buries the characterization of the previous film and original series.

That’s not mentioning the awful comedy that very rarely got a chuckle out of me, let alone made me laugh, whether it’s the very awkward row, row, row your boat scene or the screwball comedy of the ship not working properly.

The film feels less like a Star Trek film and more like a Captain Kirk film. Because Kirk is always right and never once is wrong in this film.

Thankfully Star Trek VI: The Undiscovered Country (1991) directed by Nicholas Meyers, is a much better film.

After the moon Praxis (which produced a large amount of resources the Klingon Empire) explodes, the empire (the longstanding enemy of the federation that has been in a cold war for several years)  no longer has the resources to go to war. So, the Federation and Klingons decide to open negotiations for peace, with The Enterprise escorting the Klingon High Chancellor’s envoy to the negotiations.

The film, while more serious than Star Trek IV, is still pretty fun and works well as a swan song for the original cast.

The main villain Chang (played by the late Christopher Plummer) while not the most deep villain in all the films, is still fun to watch, what with him constantly quoting Shakespeare throughout the film and all the array of emotions he shows off.

Almost every character has a moment to shine, whether it’s Sulu getting the command of his own ship, Kirk getting over his prejudice against Klingons, or Spock deciding that logic is the beginning of wisdom, not the end.

The movie also can be pretty funny from time to time. Examples include Spock and McCoy bickering while performing surgery over a missile,+ or Chekov and Uhura trying to find a murderer.

The original Star Trek films show off some of the best and worst of the franchise.