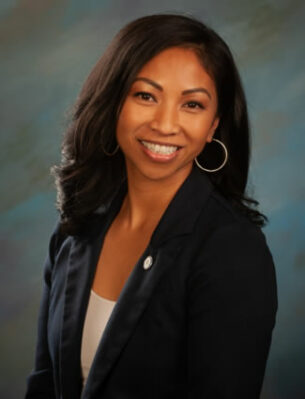 People need to fight for equity and justice to make the world a better place, a local leader said here last week.

“Everybody should fight for equity,” said Cynthia Delostrinos, an attorney and Tukwila City Council member.

Delostrinos was the first woman of color elected to the Tukwila council. She talked via Zoom about how important equity is.

“I am the first, but I will do everything to make sure I am not the last” to work for justice, she said.

She described her childhood and how she experienced racism firsthand when she was in a predominantly white elementary school. She said she was ashamed of the cultural foods her dad would pack her for lunch and that she would try to hide her shame by excelling in school and looking cool.

However, in high school she learned about Thurgood Marshall from the Brown v. Board of Education case, which she said encouraged her to be more proud of her culture and ethnicity.

Delostrinos also said that in order to “fix” racism, the country must also address poverty. “Poverty impacts POC [people of color], LGBTQ and women the most,” she said.

When it came to the third evil, war, Delostrinos said not all wars are the ones fought by the army. War can be in the community as well in forms of projects and unjust programs and systems.

And people can do something about that. Delostrinos said she believed everyone has the fight in them; they just needed to take action.

Delostrinos said that three ways for people to fight for equity are to advocate for those who don’t have their own voice; make sure to educate others on the topic; and get involved with your community.