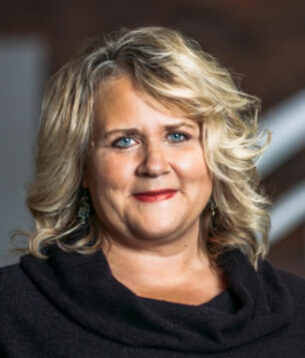 The city of Kent is staying afloat amid the COVID-19 pandemic and taking things one day at a time, Mayor Dana Ralph said.

Kent is the sixth largest city in Washington and as of 2019, had a population of about 131,000 people. Last year, it was named one of the top 10 most ethnically diverse cities in America.

When shutdowns began last March, most people didn’t imagine they’d be in a similar position almost a year later.

“I think we all sort of thought, oh, we’ll do this lockdown for a few weeks and then we’ll go on with our lives,” said Ralph, who is finishing her first term as mayor after five years on the city council.

One unexpected challenge brought on by the pandemic was how much of the city’s workforce was forced to work remotely.

“We were not as prepared as I would’ve liked to have been,” Ralph said. “Just from a technology standpoint, our workforce was not mobile. While I am extremely proud of the work our IT department did very quickly early on to help folks out, we weren’t anticipating ever being that mobile of a workforce that quickly.”

Given that the country remains in the middle of a pandemic, where nothing is certain and new information is revealed every day, staying open-minded has been an essential part of Ralph’s decision-making.

“We are trying to be as flexible as possible, and that’s the best thing we can do right now,” she said.

The unknown, said Ralph, has been the biggest challenge of running a city right now.

“When we headed into this, we weren’t sure what was going to happen with the economy, and we made some pretty big budget cuts early on,” she added. “You know, in hindsight maybe we didn’t need to cut that deep, but I’m glad we did because we still don’t know when this will end.”

Some of Kent’s larger revenue sources have been forced to adapt, as well.

Kent Station, for example, has struggled with businesses being closed and the resulting loss in revenue.

“Having things like AMC [movie theater] shut down for this entire time, that has been very difficult,” Ralph said.

On a positive note, she went on to say that as far as she knows, they haven’t lost a single business. They have had to turn to more creative ways of engaging with the community and bringing customers in; one such way is outdoor dining.

ShoWare Center, on the other hand, was forced to furlough most of its employees, said Ralph. However, though the doors have been closed for the past 10 months, the city is still putting the facility to good use.

“The thing I’m proudest of is that we’ve been able to pivot and be a community hub,” Ralph said.

The center has been used to distribute food to the community and will become a mass vaccination site in the weeks to come, run by the county.

The vaccination site could be up and running as soon as Feb. 1, Ralph said.

Above all else, her priorities have been assisting local businesses struggling and residents experiencing things like food insecurity.

“We’ve been able to put 10 million pounds of food out into the community,” Ralph said.

Ralph said that she doesn’t see a return to normalcy anytime soon, and her focus is making sure the people of her city get through this pandemic OK.

“I think, and this sounds really pessimistic, we are going to be in this position through the fourth quarter of this year,” she said. “My hope is that we’re able to continue to support our community, our businesses, and give people the resources they need to hold on as we make it through this year.”

As far as any larger goals for the city, those have been tabled until next year, when things are hopefully safer and there is less unknown.

“I’ve got a lot of brighter and bigger aspirations for 2022, but for 2021, we just need to figure out how to keep our businesses open and our kids engaged in their school,” said Ralph.

Though the last 10 months certainly haven’t been easy on the city, people are managing to keep going, persevere, and support one another, she said.

“At the end of the day, I feel like we’ve weathered this better than most people expected,” Ralph said. “I’ve been extremely proud of how our community has come together to support one another. People that are still employed are supporting restaurants, and that sort of thing. I really think that everybody has done their part, as a city.”