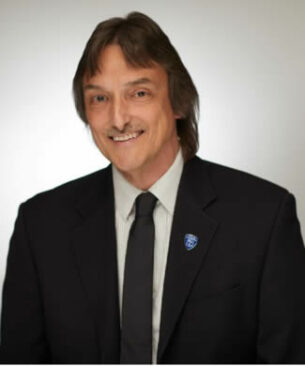 Local cities are having to tighten their budgets as the COVID-19 pandemic continues to affect economic activity across the region, city officials say.

Statewide, gross business income fell by 17 percent because of the pandemic. Falling business income translates into less money in people’s pockets, and less tax revenues for state and local governments.

Des Moines and Federal Way have not been immune to this decline in revenue.

Des Moines saw a sharper decrease, with retail sales falling from $116.7 million to $81 million over the same amount of time.

One notable way the pandemic has impacted the city of Des Moines involves “the closing of city facilities to prevent the spread of the virus, [which] has decreased program income to support those programs,” said Beth Anne Wroe, the city’s finance director.

These closures have “necessitated a comprehensive review of alternative ways to conduct business and an opportunity to review and change essential functions, programs, and services provided by the city,” said Wroe.

She went on to say, “The city has seen a significant drop in recurring general fund revenues due to the economic recession, and expenditures have been significantly reduced in response to the decreased revenues.”

Des Moines Mayor Matt Pina said that budgeting for the city amid a pandemic has been a challenge, though the impacts of the pandemic on the city have not been all bad.

“We did find a number of ways to improve the way we work virtually reducing operational costs both short and long term,” said Pina. “This will help the city to operate more efficiently even after the pandemic.”

In addition, the city created an Emergency Operations Center (EOC) to improve coordination with regional agencies about future natural disasters such as floods and earthquakes, he said.

More than anything else, the pandemic limited the options the city council had when creating the 2021 budget.

“Since income had been reduced, our focus had to be on public safety, essential programs and projects,” said Pina. “There really weren’t any dollars available to address community ‘nice to have’ items that weren’t funded by outside grants. We only had the financial resources necessary to focus on essential operations, projects and programs.”

Right now, Des Moines is “not providing on-site parks and recreation programs [or] direct customer service at city facilities,” said Wroe. Before and after-school programs, summer camps, and concerts in the Des Moines Beach Park have all been canceled as well.

The B&O tax is a gross receipts tax that businesses pay on their total sales.

As of 2018, sales tax accounted for 32.1 percent of Federal Way’s total tax revenue, utility tax for 25.5 percent, and property tax for 23.8 percent. The remaining 18.6 percent was made up of other taxes.

Ariwoola said that the declining tax revenues aren’t good for anybody.

He went on to say that though the city’s tax revenues have been down, it has not seen as steep a reduction in sales tax revenue as cities like Tukwila and Auburn, who with malls and more shopping can be more sensitive to changes in retail sales than Federal Way.

He went on to say that because businesses are hurting right now, they are not able to pay as much in utility tax, which decreases the revenue that goes to the city.

Like Des Moines, the pandemic has forced Federal Way to close many of its facilities, such as the community center and public parks. This has had a negative impact on the city budget, said Ariwoola.

“All these facilities that are closed, the city couldn’t just budget them out; we’re having to maintain staff there, but meanwhile there’s no business,” he said. “So, we’re spending the money, but the revenue’s not coming in.”

When it came to building the budget for 2021, Federal Way had to remain flexible and recognize the uncertainty of the months to come.

The budget is a little bit smaller this year, said Ariwoola, but it’s subject to change as they continue to learn more about COVID and when it will be safe for businesses to reopen.

“There’s still so much unknown, so we’re watching our budget month by month, and we’ll make adjustments as needed,” he said.

Most helpful to both the cities of Des Moines and Federal Way as they navigate this unprecedented time has been their reserves.

In late 2014, the city of Des Moines was made aware that it “didn’t have enough balance to maintain an adequate reserve,” said Wroe.

To resolve this and ensure the city did not go bankrupt, “actions were taken by city council to diversify revenue and build the reserve, and so, that’s one thing we have now — a minimum fund balance for the general fund,” she said.

In fact, this reserve is the main reason why Des Moines was somewhat prepared for the shutdowns that began last March.

“Although the pandemic is a different challenge, the changes made previously were found to hold today,” said Pina.

Wroe agreed, saying “I believe we were in a good spot because we had that reserve.”

Ariwoola expressed similar thoughts, crediting Federal Way’s reserve for their current financial stability. “We have a good reserve, so we’re going to use that to absorb the shock of the sudden decline in revenue,” he said.

Though it is hard to say where these cities would be without their reserves, one thing is for sure- they have certainly come in handy over the last year as tax revenues dropped, businesses closed their doors, and COVID took the lives of thousands.