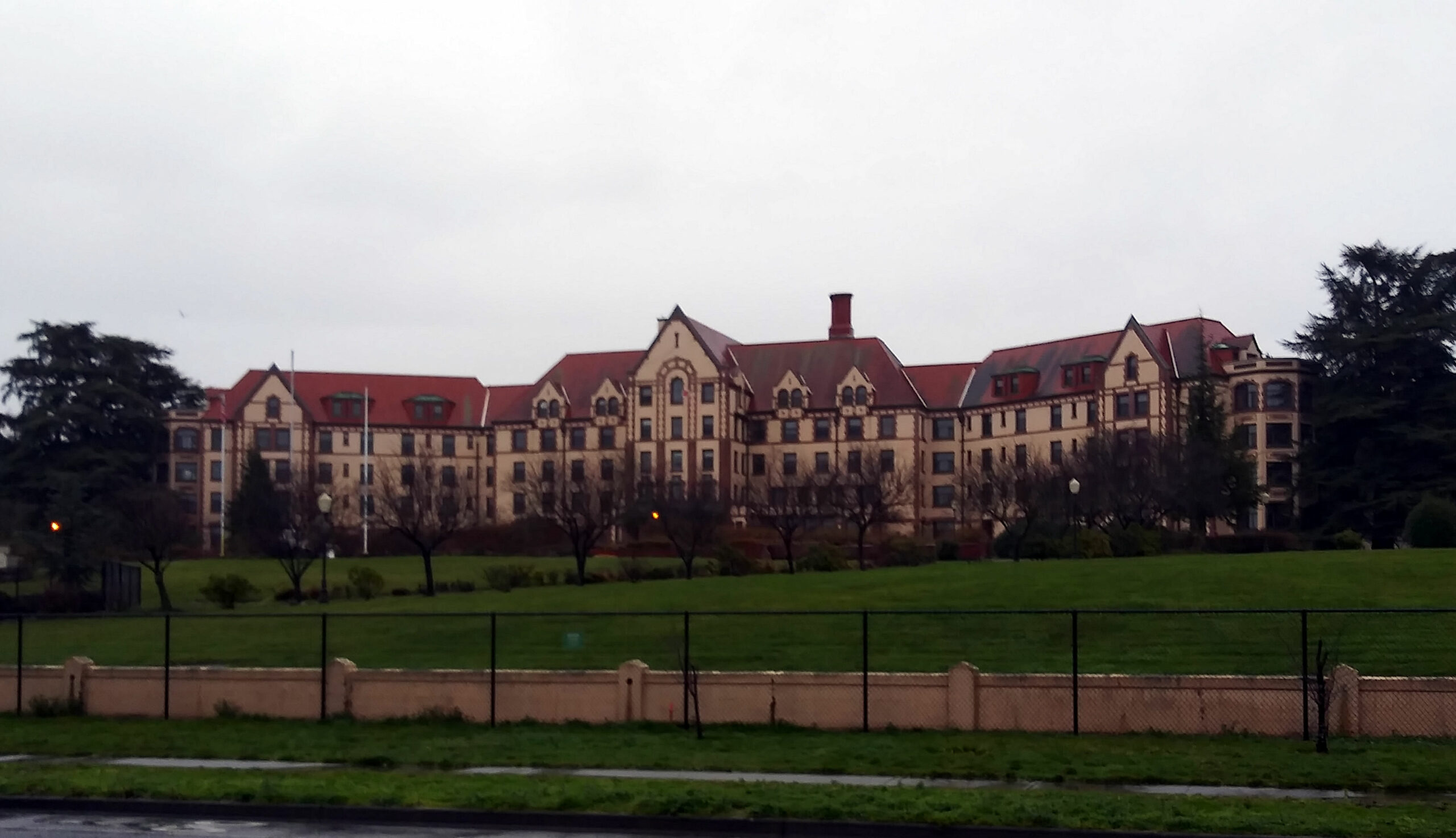 Wayne Bergman/THUNDERWORD
Preservationist groups still hope to save the Landmark on the Sound in Des Moines. Permits for its demolition have been filed by its current owner.

The Landmark on the Sound, a nearly century-old building with an uncertain fate, has caught the attention of advocacy groups hoping to prevent the building from being torn down.

Concern over the former Masonic Home of Washington was raised by the news that an existing application for a demolition permit was transferred into the name of Zenith Properties LLC in September.

Zenith Properties LLC is the current owner of the 27-acre property, which was sold for $11.5 million in August 2019.

Susan Cezar, the chief strategic officer for the City of Des Moines, said that part of the sale included a submittal of an application for a demolition permit.

“The application was given an initial review, and a letter requesting additional information was sent to the applicant by the city in August 2019,” Cezar said.

Cezar explained that the “additional Information” that was asked for encompassed whether the new owner planned to go ahead with the demolition permit application.

“Information requested included whether or not the new owner intended to proceed with the application, as well as significant information related to cultural and historic resources,” Cezar said. “This application was inactive until a resubmittal was received on Sept. 1, 2020, including transferring the application into the current owner’s name, Zenith Properties LLC.”

The Landmark on the Sound was designed by Heath, Gove, & Bell, the same architectural firm responsible for the distinctive motif of Stadium High School in Tacoma, which is a historic landmark.

The Landmark on the Sound, on the other hand, holds no such designation.

“It is not currently listed as a King County, state or national landmark,” said Cezar.

Jennifer Mortensen, outreach director for the Washington Trust, said that they would like to see the structure restored in an innovative manner for the people of Des Moines.

“We would love to see the building rehabilitated and reused in a creative way so it can continue to serve the community,” Mortensen said. “The Washington Trust is also concerned about environmental sustainability and the damage that demolition would cause.”

Mortensen added that there are environmental factors in play as well.

“In addition to the potential loss of the history of the Masons and the City of Des Moines, demolition of the building would also waste the existing materials and embodied energy of the building and contribute a massive amount of material to a landfill,” Mortensen said.

Mortensen said that a major hurdle to overcome is the general opinion that preserving the building may be too challenging of a venture.

“The biggest challenge is probably the perception of historic buildings as being difficult to deal with,” she said. “Certainly, they require a different type of approach and expertise than new construction, but there are many excellent professionals in the architecture and engineering fields that have extensive experience with historic buildings and know how to deal with them.”

In the last few years before the sale, multiple developers looked at the project, some even previewing ambitious plans for the property. All except Zenith walked away, however, overwhelmed by the cost of preserving and updating the building.

Mortensen said that promoting the ethos of Des Moines is worth the labor-intensive and costly task of protecting the Landmark on the Sound.

“There is also a huge community benefit to preserving historic buildings as a continuation of community history and identity which we feel is well worth the extra effort and change in approach,” she said.

The importance of continuing “community history and identity” is not lost on organizations like the South King County Cultural Coalition, an advocacy group aiming to promote and protect culture in the South King area.

Barbara McMichael, an administrator with SoCo Culture, said that she wants to ensure that the community is cognizant of the possibility of losing the iconic structure.

“I just want to make sure that our community is aware of the idea that [The Landmark on the Sound] could go away,” McMichael said. “I think the people in South King County, the people in Des Moines in this case, deserve to have beautiful places.”

McMichael added that the importance of preserving the Landmark of the Sound comes down to the diminished quantity of aesthetically similar buildings.

“It’s an architectural treasure, the likes of which will not be built again,” McMichael said.

Zenith Properties LLC has not responded to requests for comment.