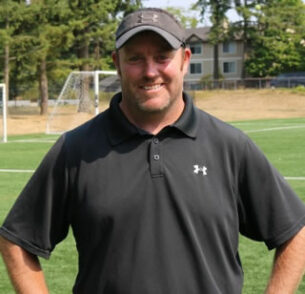 Women’s soccer has to wait to defend its championship

The women’s soccer team is ready to make another championship run this season, but has to wait until play starts early next year.

Women’s soccer is one of many NWAC sports that play in the fall, all of which have been delayed until early spring because of the COVID pandemic.

“We have been training since the first day of school, and will have to discontinue trainings on Nov. 20,” said Head Coach Tom Moore. “Those are the out-of-season guidelines the league has set forth. We will start back up in January when returning for Winter Quarter.”

Meanwhile, Moore said he is happy how his players have coped with the delay.

“I think the girls have been, and will be, excited to be able to participate in a spring season.  Obviously not having the fall season happen has changed how we prepare, but we are looking forward to it,” Moore said.

The women’s team were champions in 2019 and 2017 while making the final four the last six seasons. Coach Moore said he wants to continue that success.

Moore said he is concerned over whether his players are gam- fit or ready for matches.

“I think small group distanced training with no contact is definitely something to get used to…and it’s not very realistic for preparing us for a season,” he said.

“It’s very important that we follow the state, county, conference, and college guidelines for safe return to play,” Moore said. “We want to make sure we’re doing our part to educate about daily habits, and raising awareness of what our part is during this pandemic.  I think the hardest thing is training without competition in the near future.”

The team has few players back from last year’s championship squad.

“Our returning players from last year’s championship team are Kate Nelson (GK) and Abby Carmel (MF/F).  They are both local to Highline College and are planning on transferring out after this spring,” Moore said.

Meanwhile, recruiting has been much different this season, a bit more stressful and difficult because of the pandemic.

“Recruiting has definitely been a bit turned upside down,” Moore said. “It’s very different when you’re used to a certain internal calendar you follow each year and that’s not the case right now.”

Nonetheless, Coach Moore said he is excited about the surge of new players joining the team this year.

“We have a plethora of players coming in.  We have a handful of transfers and new players alike.  There are around 16 new players this year,” Coach Moore said.

“The best thing about this job and level is that it’s a challenge every year so things aren’t too different.”