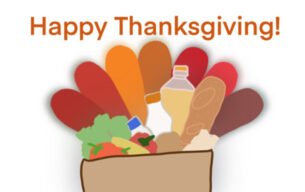 Pandemic alters some Thanksgiving plans, but students find reasons to be thankful

Students say that despite COVID-19 concerns and restrictions, Thanksgiving is still on.

Although Washington state ranks seventh best in the country for COVID infection rates, the state is setting daily records this week as the pandemic spikes nationwide. Other states’ governors are also announcing restrictions, potentially reducing traditional family gatherings for the holiday.

More than 2,500 people have died in Washington state from the disease, and more than 250,000 nationwide.

“Unfortunately, the COVID-19 epidemic is worsening, and small household gatherings are an important contributor to the rise in COVID-19 cases,” the CDC official website said.

“Family and friends should consider the number of COVID-19 cases in their community and in the community where they plan to celebrate when deciding whether to host or attend a gathering,” said CDC in an update this week.

Nonetheless, some Highline students’ dinner plans are unaffected by the restrictions on gatherings.

“We’re still going to have a dinner, but my family’s dinners have always been really small and only immediate family, and we’re always around each other anyway,” said Jackie Acosta, second-year Highline student and education major.

“Every year my family gets together for dinner at either my house or my grandparent’s house. COVID will not affect those plans this year,” said Jovan Cisse, a second-year Highline student.

“My family has never been the type to do big celebration. So, like we normally do, we’ll just stay home, enjoy each other’s company and have food,” said student Genesis Agreda.

Another student, Calvin Beltran, also said that he is used to large Thanksgiving gatherings.

“We do a family gathering, everybody decides what they’ll be cooking and bringing to the party,” Beltran said. “Everybody makes their own stuff, and on Thanksgiving Day, they all come and we feast.”

But despite the ever-present pandemic, Beltran said that he doesn’t anticipate the celebration to be any less populated this year.

“It won’t be different, it’ll be the exact same. Literally nothing will change,” he said. “I wish I knew why.”

Others say concerns over COVID will mean smaller family gatherings.

“We usually go really far with the relatives, so like 30 people will show up,” said Noah Park, a Highline student. “I think this year we’re just going to have Thanksgiving dinner with my immediate family, no far-out relatives.”

Joshua Tabile, also a Highline student, said his family too is going to have to make adjustments.

“It’s usually my aunts, and uncles, and cousins, but this year it might just be my parents and my siblings,” Tabile said. “It’ll probably be small, rather than a bigger gathering.”

“My family told my relatives to not come over for this Thanksgiving,” said Janice Ku, a Highline student. “Our family usually hosts the Thanksgiving, but I guess it’ll be just me, my mom, and my brother.”

“We have a lot of relatives, so there is at least 20 or more people going to someone’s house,” said another Highline student. “Everyone brings their own food potluck style, and we eat it all together, but that’s not happening this year.”

“I still will be celebrating,” said Maryjoy Dela Cruz. “But instead of having other people, we’re just going to be celebrating it with my immediate family (people in my household) since my mother is being extra cautious.”

While many will have to grapple with that challenge of safe celebration, Highline student Frank Ton won’t. Plenty of people will be celebrating come Thanksgiving Day, but not every family partakes in the tradition.

Ton said the holiday, for him and his family, typically isn’t much of an occasion.

“Maybe we’ll have food, but it’s not Thanksgiving food,” he said. “My main plan was just going to The Outlet and doing Black Friday shopping.”

Despite the restrictions, many Highline students say they have a variety of different kinds of foods to look forward to this year.

“I’m mostly looking forward to the deserts this year, specifically the empanadas, which is sort of like cookies with a yummy filling,” said Jackie Acosta.

Some students have a variety of main dishes to choose from. Some are traditional Thanksgiving meals, others culturally traditional dishes.

Turkey, pie and yams are the traditional dishes her family enjoys, said student Christabelle Epps, but this year will switch it up a bit.

“This year we are having Cornish hens which are like mini turkeys, but only because my mom didn’t want turkey this year,” Epps said.

Many students say they look forward to their favorite dishes.

Even with limited attendees, Noah Park said his family isn’t planning on lightening up the menu.

“Turkey, some rice, corn, ham, a bunch of Korean dishes—everything is homemade, that’s how us Koreans do it,” he said. “Gravy and turkey are my favorite.”

But, like Park, Joshua Tabile said his family’s Thanksgiving feast will remain largely the same.

“We make, let’s see, turkey of course, stuffing, mashed potatoes and gravy, pot roast. And we also make a bunch of Filipino dishes too,” he said. “My favorite probably would have to be the mashed potatoes.”

And despite the pressures of the pandemic, many students say they still feel thankful for good things in their lives.

“I’m thankful that all my family members are alive and well despite the ongoing pandemic and other unfortunate events this year has brought us,” said Jovan Cisse.

“I’m thankful to have my friends and family around me,” said Joseph Lee.

“I’m most thankful for the roof over my head, family, good health of those around me, and that I have a job that I can earn money to help my family out,” said Jackie Acosta.

“I’m thankful for having my parents here with me. During the beginning of COVID, they both had gotten sick and it was really bad for all of us,” Genesis Agreda said “I’m just really thankful that they’re both healthy now.”

Almost being done with school, Christina Epps said, is something to be grateful for.

“I’m thankful to have a sound, mind and body where I can remember to be thankful despite it is, I may be going through,” Kayla Depano said.

“I’m thankful for the food I get to eat this Thanksgiving,” said Janice Ku. “Even though this year there won’t be as much dishes as last year, there is still a lot of food I could eat.”

Though he doesn’t observe the holiday, Frank Ton said he has plenty to be thankful for nonetheless.

“I am thankful for my parents,” he said. “Especially for giving for me stuff that I really don’t deserve.”

Others say they aren’t feeling as positive at the moment.

“What am I thankful for this year?” he said. “Nothing. That’s my answer.”

Tabile said he’s disappointed his holiday won’t be quite up to par, but that he does have something to be thankful for this year.

“I’m thankful that we have a new president,” he said.

“2020 absolutely sucked for everyone I think,” said one Highline student. “To be honest, I’m just glad I don’t have COVID right now.”