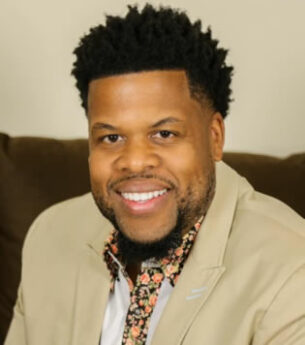 Newly appointed Board of Trustees member Joe Bowman says he is ready to extend himself to the Highline community and support students better.

Bowman’s appointment was announced Oct. 21, He replaces longtime trustee Bob Roegner, who is leaving the board after two terms.

The board oversees the operation and direction of the college, including hiring (and occasionally firing) the college president.

Bowman was named to the position by Washington Gov. Jay Inslee.

Joining Highline means being part of something that helps others, and growing as an individual, Bowman said.

“I put this in my life so I could be part of something bigger than myself,” he said. “It’s another area where I can grow and stretch.”

Highline’s strong roots in diversity and growth appealed to Bowman.

“Highline is the industry leader at recognizing the diverse ethnic, gender, lifestyle, social and religious differences of the community,” Bowman said. “And [at] creating an inclusive environment based on respect and trust to forge ahead, united.”

He also has a few ideas of what he’d like to see change at Highline.

“My biggest goal would be to have a beautiful relationship with my team,” Bowman said. “I [also] want to see the Foundation become more [well known] … so we can get scholarships to more students.”

The Highline College Foundation is a nonprofit corporation started in 1972, created to raise funds to support college programs.

Bowman would also like to see Highline’s athletic programs reach out to more students.

“I dream to see the athletic program reach out to at-risk youth,” he said.

The board isn’t the first community-focused group Bowman has been a part of, however.

Bowman has served as the founding pastor of Integrity Life Church in Federal Way for 12 years and worked as an associate pastor for eight years prior.

He attends there alongside his four children, and wife of 23 years.

“I am a family man, I am the dad who is the loudest at basketball games,” Bowman said. “I am that husband that’s so in love with his wife, she is so special to me.”

He wrote about him and his wife’s experience with infertility, in his book The Promise Prematurely Delayed; A Couple’s Infertility Journey.

He’s also worked on several other boards, such as Federal Way Community Gardens and Chiefs Call, “a citizens advisory board to Federal Way’s Chief of Police Andy Hwang,” Bowman said.

Community outreach is overall an important aspect of Bowman’s life, he said.

“We need outreach to our community,” Bowman said. “It’s not about what’s going on in four walls.”