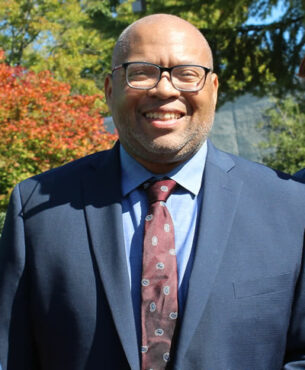 Highline President Dr. John Mosby said the college is doing what it can to walk in solidarity alongside its students.

After the death of George Floyd, an unarmed African-American man in Minnesota, protests have formed all around the world regarding the rights and lives of African-American people in the U.S.

Part of helping students right now is validating the complex feelings they might have right now by having conversations, Dr. Mosby said.

“We take a moment to reflect, to discuss. We don’t ignore the challenges at hand. We don’t ignore our surroundings,” Dr. Mosby said. “Making sure that our messages, how we’re communicating with each other, is respectful of what’s going on in our country.”

And the topic of racism isn’t an easy subject – it won’t be going away anytime soon.

“This isn’t going to be a one-week or two-week thing. We need to continue this discussion,” Dr. Mosby said.

These issues coming up during a global pandemic doesn’t help people’s mental well-being either, he said.

“People are sad, they are sad and overwhelmed. We’ve completely shifted our learning and campuses. COVID and the effects of COVID physically and mentally, has taken a toll,” Dr. Mosby said. “Job loss, loss of income, whether it’s affected them or someone in their family.”

“So then when you add that to all the unrest happening in our country, it’s extremely overwhelming for many people. It’s brought out a lot of emotions of sadness, anger, frustration. I think we have a lot of people who don’t know what to do or what to say,” he said.

“The campus I think as a whole has responded, and is struggling to figure out what’s going on in our country,” Dr. Mosby said.

And it’s all right for leaders at Highline to feel confused and hurt by this too, he said.

“They don’t teach you this in president school. As leaders, what I’ve realized … is that it’s human to not be OK and not feel settled,” Dr. Mosby said. “There are so many things right now that are affecting us. It can be exhausting, at the same time, I think that people are talking more, voices are being heard.”

Dr. Mosby said that he too has felt the confusion and hurt due to racism many times before.

“I have experienced racism throughout my life. I have always felt like I have had to be more, that I had to give 150 percent. … At times, I think the color of my skin has been an issue for some,” he said. “Not all, but some.”

“I’ve been threatened, I have been called the n-word here [Washington], I’ve been here two years. It’s not the first time I’ve been called that, and it probably won’t be the last,” Dr. Mosby said. “I’ve experienced some [racism] in graduate school. There were different hoops I had to jump through.”

Opening up about these kinds of experiences can allow people to understand one another better and show our struggles, he said.

“Highline is a place where nobody’s perfect, but we’re building spaces to be honest and to be transparent and to be able to communicate how we’re feeling,” Dr. Mosby said. “I would have never been as open and vulnerable in my emailing, had I not felt the campus’ trust and respect.”

From here, a good plan is to continue to talk, and take action where necessary, Dr. Mosby said.

Seeing who’s out there fighting for rights gives Dr. Mosby hope as well, he said.

“When I do look and see who is protesting, I see people from all walks of life. So that’s given me hope that we can start moving forward in a positive way.”

Dr. Mosby said that one action many people can soon take is to exercise their right to vote.

“This is a big year, not only are we dealing with COVID, dealing with protests and racism, people feeling like lives are being challenged, it’s also an election year,” he said. “Take that energy to the polls, make sure that your voice is heard.”