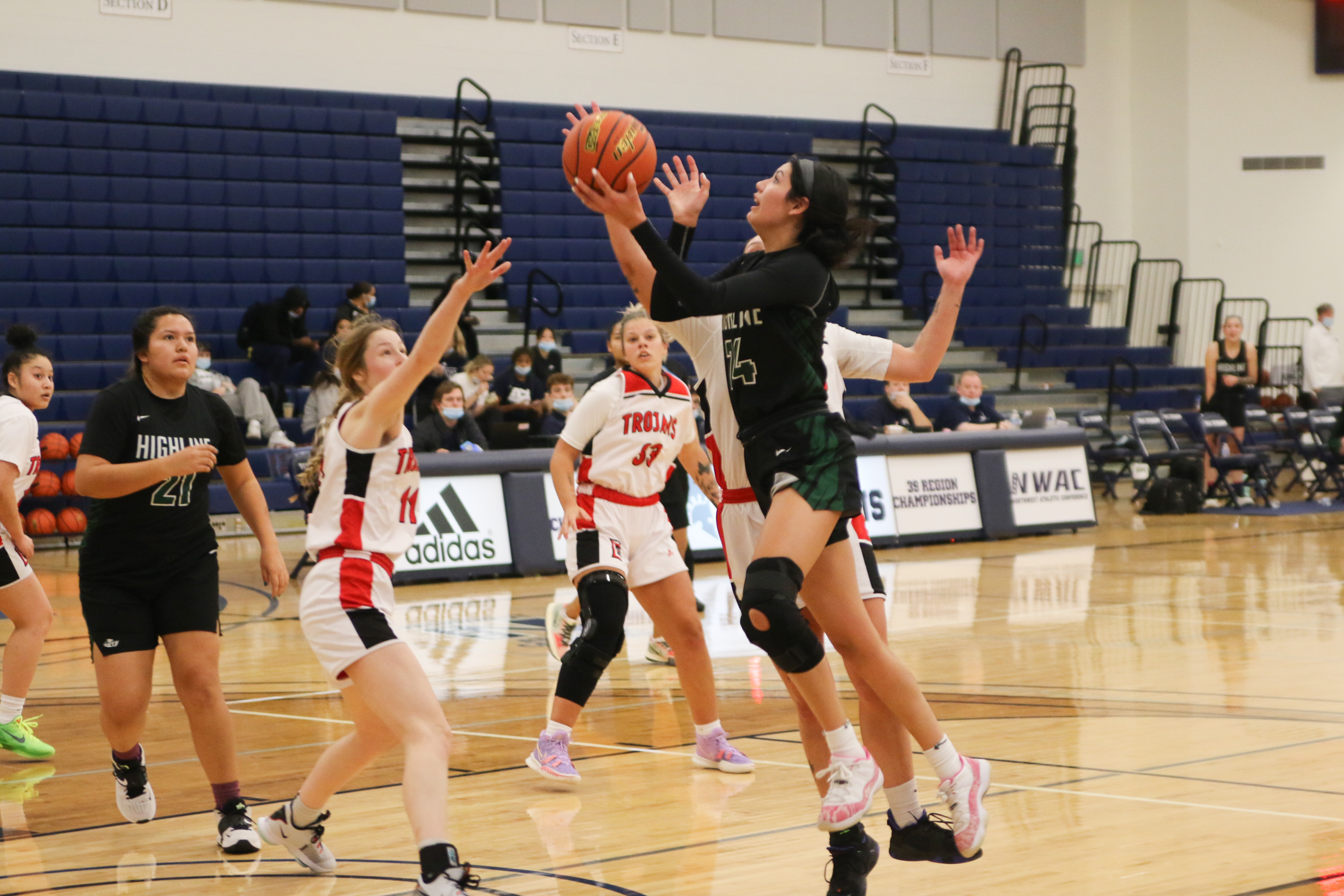 Savannah Arneach drives to the basket against Everett last Saturday.

The Highline women’s basketball team tipped off its season this past weekend at the Tacoma Classic Tournament, losing two games.

In the Lady T-Birds’ first game last Friday, they fell to Shoreline 66-52. Highline lost to Everett on Saturday, 56-45.

In the spring the team finished with a 5-3 record. Three games were cancelled due to a positive COVID test at the start of season and the NWAC called off the championships.

This fall the squad includes four returners and seven freshman players. Three of the returners are third-year players who were granted COVID-19 eligibility.

“I am excited to have an actual basketball season. I am most definitely excited to see how far we can go and how we come together as a team,” said Savannah Arneach.

Women’s basketball had limited full-team practices prior to their preseason tournament this past weekend. Two roster players are dual-sport athletes who finished their volleyball season Nov. 13.

Against Shoreline, Highline trailed from almost the start, and was behind at halftime, 34-24.

The team gained some momentum in the third, outscoring Shoreline 16-13. But in the fourth, the Thunderbirds could not pull ahead and Shoreline sealed the deal 66-52. Sophomore forward Alanna Conwell led Highline with 12 points while Kylie Lunday grabbed 10 rebounds.

On Saturday afternoon against Everett, the Thunderbirds trailed by 5 in the first quarter, but recovered in the second quarter to take a 25-20 lead at the half. The Lady T-Birds hit 3 of 4 three-pointers in the second to go up by five.

The T-Birds still led 37-36 at the end of the third quarter, before Highline’s offense went cold. Everett outscored them 20-8 in the final period to claim the win.

Players say they are taking the losses and turning them into lessons moving toward conference.

“I think we need to work on defense more as we are strong on offense. If we are able to stop the other team from getting to the hoop, it will allow us to come out with the W,” said Lunday.

The team has a week of practice until their next game, their home-opener at the ThunderDome on Dec. 1. against Skagit Valley.