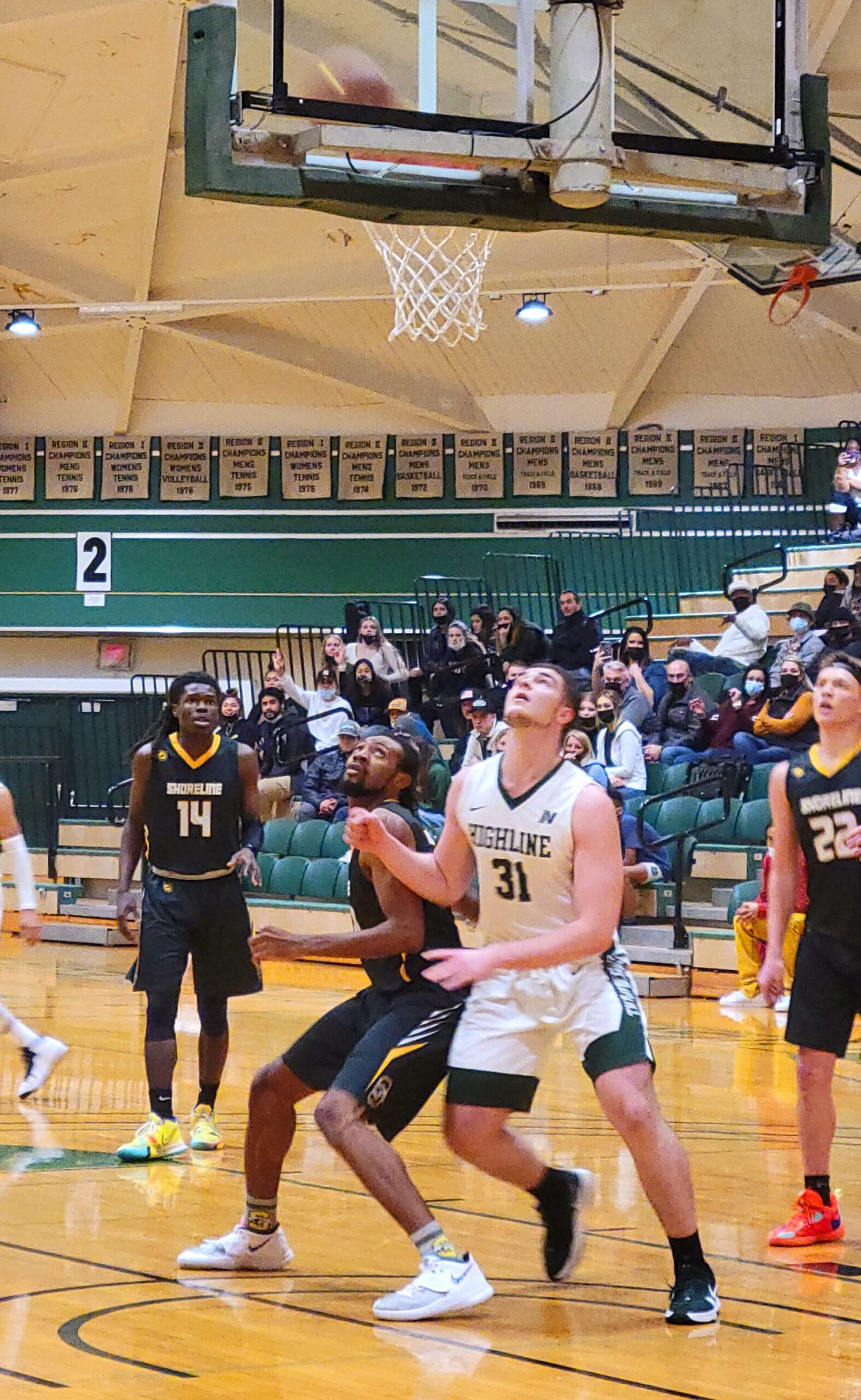 The Highline men’s basketball team opened its season with a 94-71 loss to Shoreline last Friday in the Pavilion.

The T-Birds trailed throughout the first half, going into the break down 41-29. The team made a push to start the second half, taking a one point lead with 14:49 in the second half, but ultimately  it was not enough.

“We turned the ball over early and failed to execute some very basic nuances to our defensive scheme. That led to the early lead,” said Head Coach Che Dawson.

The team did have a few bright spots. They shot very well from the free throw line at 86.4 percent.

Three players from the squad scored 20 points. Guard Micah Jessie led the team with 22, plus three rebounds and a team-high four assists. Guard Kenny Curtis had 21 points and shot 8-8 from the free throw line, and forward Luke Brower contributed 20 points while leading the team in rebounds with seven.

“Honestly, we didn’t play well in many aspects of the game. We shot the ball well at the free-throw line. It was a disappointing showing for all of the players, coaches and fans of Highline basketball over the years,” said Coach Dawson.

Shoreline guard A.J. Boyd led the Dolphins in scoring, with 22 points on 8-13 shooting, including four three-pointers. Overall, Shoreline outshot Highline from the floor, 48.5 percent to 41.1 percent, and 41.2 percent to 26.1 percent from three-point range.

The T-Birds struggled with fouls and turnovers all game. Highline committed 26 personal fouls, which gave Shoreline 32 free-throw attempts. Those 25 turnovers proved costly as Shoreline took advantage and had 30 points off turnovers.

“We often didn’t have a chance to play defense because of the turnovers. We have to care about getting stops. Everything starts from there,” said Dawson.

Highline played its first road game against Whatcom on Tuesday, with results unavailable at press time.

The T-Birds host Olympic College on Dec. 1, at 7 p.m. in the Pavilion.