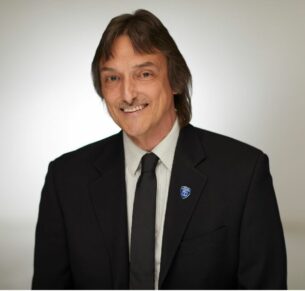 Whatever happens with this year’s election, the city of Des Moines will begin 2022 with a new mayor.

The city of Des Moines doesn’t have a separately elected mayor, as it has the council-manager form of government. With this system, the mayor is first elected to the city council and from there selected by the council to represent the city and take on various duties. This was the case for the city’s current mayor, Matt Pina.

Position No. 1, previously a race between Harry Steinmetz, a local lawyer, and incumbent Mayor Pina, has changed since Mayor Pina withdrew recently. Unless someone else files, Steinmetz will win the race and the council will choose a new mayor for a two-year term to replace Mayor Pina.

Mayor Pina said his family is the reason why he isn’t seeking re-election.

“I filed believing that I would still be able to fill the role at the same level of performance that I have in the past,” he said. “However, what I was not acknowledging was the increase of support needed within my family. This realization is why I decided to withdraw and just complete this term.”

Mayor Pina, who has served on the council for 12 years, said Des Moines was facing bankruptcy when he first became mayor almost six years ago.

“Our future depended upon us correcting this,” he said. “The council along with City Manager Matthias and his leadership team came together and solved the city’s financial issues by making some very difficult choices.”

These choices paid off, Mayor Pina said. And, he said, it’s because of them that Des Moines now has a fully developed business park, a fund that allows the city to pave roads, and a marina that is being repaired and redeveloped, among other things.

As he finishes up his term, Mayor Pina said he’s optimistic for the city’s future.

“I hope the city will continue to move forward with the current plan, securing its future as a destination and a wonderful community to live, work and play,” he said.

Steinmetz did not respond to a request for an interview.

The race for Position No. 3 is down to Gene Achziger, who serves as a commissioner for Mount Rainier Pool and previously taught as an adjunct professor at Highline, and Priscilla Vargas, who is a public transit consultant, after incumbent Luisa Bangs withdrew from the race.

Achziger said he believes the Des Moines City Council isn’t giving community members a fair chance to voice their thoughts on issues and wants this to change.

“I’ve been dismayed at the lack of transparency and lack of inclusion in Des Moines civic affairs under the current city council and administration,” he said. “This council views transparency as telling the public what has just happened to them rather than giving them a say in how it is happening.”

Vargas did not respond to a request for an interview.

Buxton said she hopes to win re-election because she wants to see her community succeed.

“I am seeking another term because I am passionately invested in the success of our community, especially as we begin one of the most significant redevelopment investments in decades: our marina redevelopment,” she said.

Buxton cited her experience and the strong relationships she has built with community members over the years as reasons why voters should choose her.

Doviak said his bid for city council has been many years in the making, and he wants to help his community.

“I have been asked to run for city council for the past 10 years,” he said. “I am quite involved in the community and serving on the city council would give me the opportunity to help even more than I do now.”

Theofelis did not respond to a request for an interview.

The race for position No. 7 is also competitive, with incumbent Deputy Mayor Matt Mahoney being challenged by Yoshiko Matsui, who is a part-time student at Highline in the Human Resources Certificate program, and Soleil Lewis, a local teacher who has previously worked for Highline Public Schools.

Mahoney said his time on the council hasn’t been easy, but he wants to continue serving his community.

“I’m six months away from my first term’s completion and it hasn’t been a walk in the park,” he said. “With COVID being an unusual challenge for half of it; this delayed our city from moving forward at our marina, downtown and throughout Des Moines at the level we’d set out to accomplish in our goals as a council.”

Mahoney said he hopes voters re-elect him so he can help even more people.

“I decided to seek out a second term to continue the progress made by our council, help our businesses, ensure the safety of our residents and their quality of life, improve our infrastructure, and continue my efforts to build community amongst our residents regardless of their make-up,” he said. “Most of all though, I truly love serving this community and I’d like to do it one more time.”

Matsui said she’s been involved in local government for nearly a decade and believes that her experience should motivate voters to choose her.

“I’m a HR professional and administer fire and police entry-level and promotional examinations for the Seattle Fire and Police Departments,” she said. “I’ve worked to implement public policy. I’ve worked with elected officials and diverse stakeholders. I’m deeply familiar with how the public sector works.”

Matsui said if elected, she wants to ensure that everyone’s voices are heard.

“Des Moines needs new voices at the table to shape the city’s future,” she said. “I want to broaden civic engagement and ensure underserved communities are not only heard but have a place at the table. I hope to use my experience in local government to create a more inclusive and vibrant Des Moines.”

Lewis did not respond to a request for an interview.

The primary election will take place on Aug. 3, with the two candidates who receive the most votes in each race moving forward to the general election later this year on Nov. 2.

To learn more about who has filed for office in each city within King County, click here.