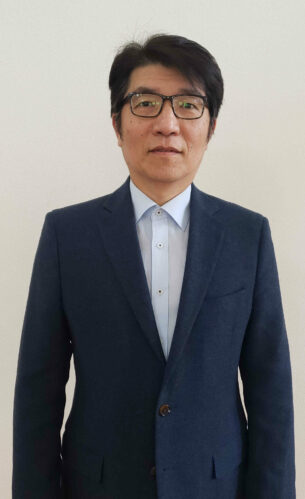 For Highline’s new director of budget and grant services, the college does many things right – and like all things – has room for improvement.

Jack Hutchinson began as the new director on May 3.

In this position, among other things, the director of budget and grant services’ duty is preparing Highline’s upcoming budget for the fiscal year, he said.

“It is my responsibility to prepare a budget for the college as a whole. Doing so entails working with various folks across the camp,” Hutchinson said. “All kinds of people.”

Alongside this, the director keeps in contact and communicates with a lot of stakeholders and individuals outside of Highline as well.

“I also need to work outside of the organization, I need to access data. … It involves a lot of people to put in a budget for the fiscal year,” Hutchinson said.

Although he’s joined on at a busy point, made more complicated with remote working, Hutchinson said he’s been prepared for the work.

And the people in his department have been a huge help as well.

“It’s been a busy couple of weeks trying to understand the college … and I have to get the information necessary, and prepare the budget for 21-22 fiscal year,” he said. “I’m thankful that I have a great team, that does all these things day in and day out. It helps to have all these people.”

“The 2021-22 [budget] is the biggest project I’m working on, it’ll stay that way for the foreseeable future … until the budget gets approved by the board,” Hutchinson said. “Many weeks and months of hard work, obviously I wouldn’t be able to do that without the help of the staff in my office.”

One thing he looks forward to is working in a physical office with others, once the pandemic is over.

“It’s strange. when you’re starting a job, you expect to be walking into an office and a space where you see everybody,” Hutchinson said. “I’m still getting used to it. I’m a bit old fashioned, I still like to meet in person.”

And the lack of person-to-person contact can cause delays in work as well.

“There’s a little bit of a delay, between working and work products. Now you have to schedule with anyone for questions, it’s a different paradigm,” he said. “We have all got to get used to that.”

There are things worth changing going forward though, Hutchinson said.

“It’s always about moving forward and doing better than you did in the past,” he said. “The way we’ve been doing it isn’t wrong, there’s just room to improve.”

Hutchinson said that this is how he approaches all jobs, he looks for where improvements can be made.

“It’s just about having your eyes open … and always approach something with eyes for improvement,” he said. “Like my father used to say, ‘That’s what keeps horses racing.’”