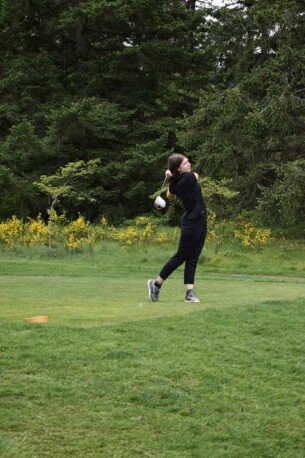 Highline’s sports teams are winding up their seasons with some wins.

In spring seasons, relocated and shortened because of the COVID-19 pandemic, the Thunderbirds are seeing some good results, from an undefeated tennis season to solid play in basketball, soccer, tennis and golf.

Among this week’s results:

Stats from both games were unavailable at press time.

The win raised Highline’s record to 7-1. The T-Birds’ seven-game winning streak leaves them tied with Lower Columbia for the best record in the NWAC West.

Highline ends its season against Tacoma at 3 p.m. Friday in the Pavilion.

Women’s basketball: The Lady T-Birds are 5-3 after shutting down Pierce, 47-39, on Tuesday. Stats from the game were unavailable at press time.

Highline has the second-best record in the NWAC West as they head into their last game of the season, 5:30 p.m. Friday against Tacoma in the Pavilion.

Women’s tennis: The women’s tennis team has wrapped up its season, finishing undefeated at 4-0.

NWAC tennis teams had tentatively scheduled a season-ending jamboree in lieu of a championship tournament, but that’s not happening.

“The year-end tournament was always a tentative event based on whether or not teams could travel overnight. Unfortunately, we were not granted permission to do that,” said Head Coach Laura Rosa.

Softball: The softball team climbed back to .500 at 4-4 after sweeping a doubleheader against Grays Harbor on Saturday, 9-6 and 18-8.

In the opening game, Highline used a seven-run fifth inning to climb out of a 6-1 holes. First basewoman J. Valencia led the team with three RBIs.

In the second game, Highline scored in every inning on its way to a 10-run mercy win. S. Moses went 4-5 with five RBIs for the Lady T-Birds.

The approach going into the final matches remains the same, play hard, have confidence, don’t back down, said Head Coach Jason Evans before Wednesday’s games.

“We are looking forward to playing LCC again. They have not lost a game this season.  That fuels our intensity and gives us a little more drive to compete against them. Hopefully we come with our A game and are a little more hungry to win,” he said.

Due to COVID, none of the sports teams have really had a lot of time to be with and get to know each other.

“This team has made me proud on several different occasions this year. Team chemistry is very very good right now. They all seem to gel and continue to fight for each other.  It’s really good to see in the short amount of time we’ve been together,” said Coach Evans.

Men’s soccer: The 4-0-1 T-Birds visit Tacoma on Friday, May 21 at noon for their last game of the season.

Andrea Guiton continues to lead the league in scoring, scoring seven goals and putting up a total of 16 points on the season.

Their final game is at Centralia on Friday.

Golf: The Lady T-Birds finished their season on Monday with a third-place finish at the I-5 Invitational in DuPont.

Ashlynn Verhaaren led Highline with a two-round score of 89-86/175.