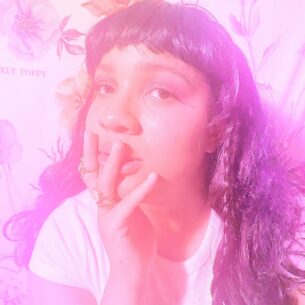 Highline alum aims higher in the music business after accident

A brush with danger compelled Taylar Elizz Beth to take the plunge.

Taylar, a Highline graduate, is intending to move into the music business full time. The 28-year-old rapper and singer said that when her current job runs out, she will do nothing but make music.

“I work full time as a nanny, which has only gotten more challenging as the pandemic hit,” she said. “Luckily I work with a really cool family that hasn’t been too hard to work around. At the end of the summer they will be moving out of state and I will pursue music/art full time for the first time in my life.”

Taylar records music that draws from Alternative Hip-Hop and Electronic genres, but she said that she is in her own lane, creating music that no one has heard before.

She recently released a new single, nov 13, which speaks to a traffic accident she suffered earlier this year.

nov 13 is a more personal song that tells the story of putting things into perspective. She began writing this song in November of 2020, and she continued to perfect the story that she was telling over a span of around six months.

Taylar said this song is very important to her because it serves as an apology to her old self.

“This song is an apology to the old me, to people I’ve hurt,” she said. “It’s also an acknowledgement of the love I deserved and didn’t get when I needed it. I think accountability and change are the most important tools we have.”

After getting into a car accident on Nov. 13, 2020 and walking out unscathed, Taylar questioned why she survived and changed her life forever, she said.

“It put things into perspective for me,” she said. “Made me see that the way I was living wasn’t reflective of someone who wants to be here.”

Nov 13 is a testament to her growth over time as Taylar questioned her life and why she was able to make it out of the accident.

“For my life to be taken so quickly, I wondered what did it all even mean? What was the point?” she asked. “I believe I died that night, and have stepped into a new reality as the person I am supposed to be. It’s really been a whirlwind of personal growth and healing.”

Taylar cites no definitive time that she feels she became an artist because to her, music has always been a part of her life.

“I have been an artist my entire life. When i was younger I was involved with musical theater, took art classes, wrote songs, etc. I’ve never not lived as an artist, and it’s not something I ‘became’,” she said.

Even though Taylar had been singing since a very young age, Taylar said she picked up her rapping skills after a time of writing poems, which turned to spoken word, then to rapping.

“I would say it’s the release of energy and emotions that go into it. It’s like a form of meditation, healing trauma for me. But, my favorite part of the entire process is performing,” she said.

Her songwriting process may be enjoyable, but like a lot of other things in life, songwriting has its challenges.

“For me, it’s been trying to balance working 40 hours a week as a nanny and household assistant. To really get into the music and find my groove, it takes time to sit in it, and I don’t always have that time, or am exhausted by the end of the day,” she said.

To keep up with her journey you can check out all of her socials at linktr.ee/taylarelizzabeth.