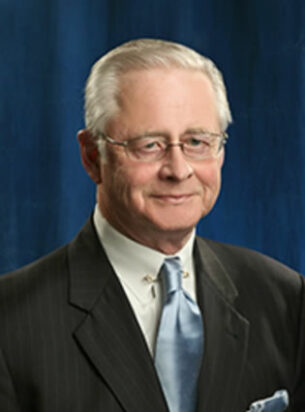 Trustee Roegner found Highline to be a good fit

After years of serving at Highline, Board of Trustees member Bob Roegner is stepping down.

Roegner is leaving due to finishing out his two terms.

His seat has been passed on to the newest trustee, Joe Bowman.

The Board of Trustees is made up of five members of the community, who provide Highline with guidance through different leadership and financial decisions.

Besides being on the Board, Roegner was also the mayor of Auburn from 1981 to 1993, the chief deputy county assessor from 1994 to 2001, and the head of King County’s Records, Elections and Licensing Services Division from 2001 to 2003.

He officially retired in 2003 but continued to help throughout the community. He joined Highline on Jan. 3, 2011.

Roegner’s initial impression of Highline when coming on board was as positive as he thought it to be, he said.

“In many ways Highline was what I expected,” he said. “A place where students can learn about other students and cultures and prepare themselves for the future.”

And the inherent responsibility for these students is something he will miss, Roegner said.

“When you represent Highline with the Legislature or in the community, there is a special responsibility that you feel, that you are making a difference in the lives of young people,” he said. “I will miss the students, the staff, and being part of Highlines specialness.”

He also leaves behind many accomplishments achieved through his and the other trustees’ work.

“I was particularly pleased we were able to add a couple of new buildings and four-year classes, along with the name change, even though it is still the ‘community’ we serve,” Roegner said. “The best thing I did was help hire a good president that reflects Highline’s … mission, culture and values, that make Highline the special place it is.”

“Only one disappointment — I’m sorry we didn’t get the branch campus in Federal Way opened before my time was up,” he said.

Roegner’s plan next, is to keep on serving the local community in other ways.

“I will continue to write a weekly political column for Sound Publishing, serve on the Federal Way Chamber of Commerce Board, and the King County Personnel Board,” he said.

Roegner also had some parting words for anyone joining Highline for the first time.

“You will work with really talented students, faculty and staff. Contribute where you can and enjoy the learning experience,” he said.

Although he will give back to the community in other ways, Roegner said that Highline has left a very fond impression on him.  “My last impression was one of pride, because Highline students, staff and supporters live Highline’s values of inclusion and caring,” Roegner said. “I was proud to represent Highline.”