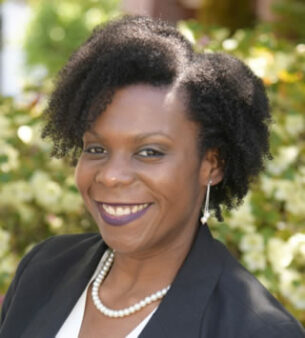 Two candidates with ties to the Federal Way City Council are vying to fill an open legislative seat in the 30th District.

Taylor is running as a Democrat, and got the most votes in the August primary. Moore, running as a Republican, came in second. One of them will replace State Rep. Mike Pellicciotti, who did not seek a third term in office.

Taylor says she wants to focus on COVID-19 recovery, while Moore says he wants to make sure all voices are heard and that public money goes where it should be going.

Taylor, an attorney, said she has been involved personally in the community for 20 years. She practices family law, focusing on domestic violence and crime victims.

“I am working specifically with poverty-related crime,” she said. “I am really trying to reduce the amount of people in the criminal justice system by looking at different options to help them.”

Taylor also is founding board member of blackpast.org, a resource for black history.

“This year we just passed five million viewers,” she said. “I am a founding member of Young Urban Authors, this year I helped about 30 specific young people publish books. Public services are a core value in my family.”

As for COVID, the pandemic “has exposed so many problems like equity issues, disproportionately impacting people of poverty and color, businesses with access to recovery funds, and people without health insurance,” Taylor said.

“During the pandemic, not all of us are in the same boat. Some are on rafts and others are on boats, and others on tug boats to help others, and we want to make sure that not only have people survive, but thrive in our community, by making sure the community has the knowledge of where the resources are,” she said.

Taylor said her community experience will help her as a lawmaker.

She described economic recovery as her No. 1 priority.

“When we think about recovery it’s not just about going back to normal, but how can we come back better,” Taylor said. “We have to open the economy safely. Continue to encourage masks, and social distancing, because if we don’t we will end up overwhelming the medical staff, and end up hurting our economy more.”

Taylor said she is also concerned about homelessness.

“The thing about homelessness is it’s a complex system of multiple different problems,” she said. “There are multiple strategies you have to have.

“One of the more obvious strategies is to have more shelters for people that are victims of domestic violence, but there are other people who cannot afford rent because the cost of housing is so high. However, what people are really talking about is they’re frustrated about the visible parts of homelessness,” Taylor said.

“What we need to do is find ways to help middle income and first-time homebuyers to have access to resources to help them,” she added. “We want to have more zones that can increase density but keep the character of the neighborhood.”

Martin Moore was born in Bulgaria, adopted at the age of 8 into a family from Federal Way, where he grew up and went to school. 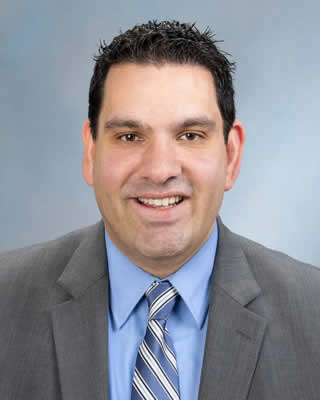 “I graduated in 2007, when the economy had fallen, and so I joined the Americorps, for two and a half years, serving at Lakota Middle School my alma mater,” Moore said. “I really got a chance to learn about our youth and more about our schools, and from there I went to serve State Rep. Roger Freeman, during which after I decided to step forward in my career and run for the Federal Way City Council.”

Moore was elected to the council in 2013 and re-elected in 2017. He also works as the director of a non-profit organization, Audiobook Ministries, which offers free faith-based digital books for people with visual impairments.

As a legislator, Moore said he wants to bring people together.

“First and foremost, I think the most important thing is that my whole campaign has been solely about putting people before politics,” Moore said. “We’re living in a world where it’s OK to hate someone or defriend them for their beliefs.

“The first thing I want to do is really promote the idea of not just civility, but celebrating the fact that we can disagree and that’s going to be OK,” Moore said “I want to begin a journey of working together, and listening to one another regardless of your political party.”

Moore said education is another priority for him.

“I would immediately go to work on education and early learning. A lot of kids with special needs, or learning disabilities, are really being left behind. Our students need the interaction and check ins, and that’s not happening for the most generally speaking,” Moore said.

“We are forcing students to learn in a very specific way, when in reality everyone learns differently, and that should be celebrated,” he said. “I’m really passionate about people with disabilities, and I want to do what I can to strengthen their quality of life, and empower people with disabilities to have a job, to be a parent, to be productive citizens.”

Moore said he wants to help people in the district have a chance at better jobs.

“I want to work on building our skilled workforce, and teaming up with unions,” he said, “looking for opportunities to connect our youth in our district and our working families to jobs.”

Moore cites his record on the City Council as evidence of his concern for diverse groups of people.

“I was the first councilman to introduce the first historical LGBTQ pride month proclamation, and I’m a Republican,” he said. “I did it because our job is to love people and build a community for all.

“I was the first council member to pass an apprenticeship ordinance that creates apprenticeship opportunities for our youth and working families in the public work sector of the city government,” Moore said.

“On the ballots people will see that I’m running as an independent Republican, which means I don’t agree with the Republican party on everything,” Moore said. “I’m pro-union, I’m pro-LGBTQ rights, I’m pro-social services, and I think for me, if you want someone who is going to work with anybody and has a history in doing that, that’s me.”

Moore said he’s Republican because he thinks the party is better at managing state finances.

“Tthe reason why I put down Republican is because I want to make sure every dollar that goes into the state is being held accountable and we are doing the absolute most; how do we best spend your money? I think the Republicans do a better job in being transparent in that,” Moore said.

“There was a Nigerian group that scammed the state and stole $650 million [in state unemployment compensation funds,” Moore said. “The fact that the governor hasn’t held that person accountable, it’s like ‘what happened?’ right? Things like that happen here and there and it’s just bothersome because it’s your money.”

The government should be doing more to help businesses in the state.

“I feel like Jay Inslee is forgetting that local governments count on revenues. So when these businesses close, the local government doesn’t get any money and then we aren’t able to afford the services people expect to see in the city,” Moore said. “I just wish the governor had a better working relationship with the business community and really tried to authentically come up with a reasonable approach when it comes to trying to keep our restaurants and businesses open, with the strongest expectation of keeping people safe, and everyone wearing masks.”

At the same time, he said he wants to reduce taxes.