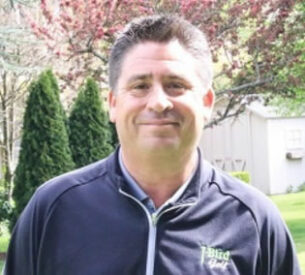 Women’s golf team gets in a few rounds, looks ahead to spring

Highline women’s golf coach Steve Turcotte is happy that the Lady T-Birds got to compete in three games this fall.

COVID-19 has been affecting every sports team that plays in the fall.

Women’s golf got to practice through the end of September before getting shut down by the pandemic.

“Golf is one of those sports that you can be socially distant and be fine and still have a perfectly fine practice,” Coach Turcotte said.

The women hosted Skagit Valley on Sept. 14 in DuPont, Wash., losing by 14 strokes. Grant led the T-Birds at 13 over par.

On Sept. 20, Highline lost to Bellevue College by one stroke in a match at Twin Lakes in Federal Way. Grant was the medalist for the tournament at 17 over par.

“For the games it is mostly a two-day tournament that takes place but it was only one due to Covid-19,” Turcotte said.

The way the scoring works, Turcotte said, is that the top three scores out of the six will help determine how you do in the competition.

The Lady T-Birds will get to play in six more tournaments when they resume play in the spring.

“We can start practicing again sometime in March,” Turcotte said.

This is the plan for them when they return to the spring to compete in their tournaments.