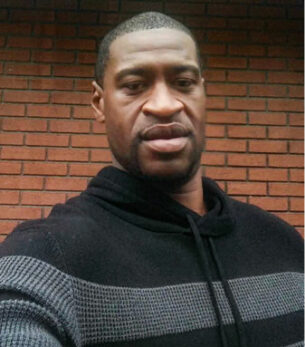 Highline students reacted with concern and anger over the death of an African-American man in Minneapolis.

George Floyd, an unarmed African American man, died after he was pinned down by the neck for nine minutes by a police officer in Minnesota on May 25. The incident has provoked waves of protest across the country.

“When I first seen that video of George Floyd being reposted and shared, I avoided it,” said Arrionna Chinel, a Highline student.

She said it’s been really nerve-wracking for her, so much that she had to steer away from social media.

“I’ve had to take multiple breaks from Instagram because it really does take a toll on mental health,” she said.

While she said it has been traumatizing, she has not been shocked.

“Again, I was emotional, and I was angry,” Chinel said. “But I wasn’t at all surprised. It’s just sad to see the same story happening over and over again, with no justice.”

As a black woman, Chinel said this has caused a feeling of suffering in the black community but it’s been uniting them at the same time.

“They feel angry of course. Most likely in pain, trying to grieve,” Chinel said. “But I think more than anything, black people especially, feel united and heard. They feel like they finally have people on their side who are willing to fight for them.”

One Highline student has described it “disgraceful to our country.”

“It amazes me how unified we’re supposed to be as a country, but entirely disregard African-American rights. The system treats them like they’re not American,” said the student.

“I have a problem with the lack of understanding and justice,” said the student. “How can we not make a change, when change is clearly needed.”

Nathan Yockey, a sophomore at Highline, said that as a white man, it has been affecting him personally through a lot of guilt.

“The generations of trauma and tensions is hard to even comprehend, and it affects me personally by trying to find where I fit in and how I can do my part,” Yockey said.

“I believe myself, and the country as a whole are outraged because this narrative has continued without societal or systematic change, and the powers that be are continuing to allow white police officers to kill black people,” he said. “And the people have had enough.”

For these situations to be avoided, Chinel said it has to start at home.

“So, teach your children right. Let them know and see the reality, instead of hiding what goes on. Even if you feel like that is the only way to protect them. The truth is needed,” she said.

“Lastly, more inclusive support groups for black people who feel like they may not have a place, voice or are afraid to speak up,” Chinel said.

Yockey said the changes that need to be made are accountability for police officers, and for trust to be built between the police departments and communities that they serve.

“I don’t know what form it should take, but I know that there needs to be a trust between the two for this racial crises to end and to save the lives of black people who are dying at the hands of cops,” he said.