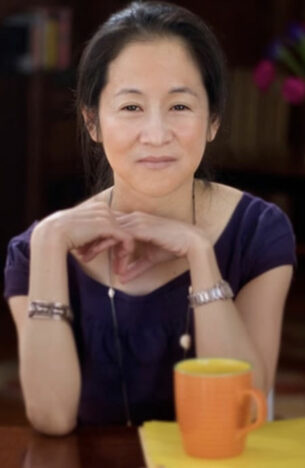 Students who are taught about the history of World War II during high school or college rarely get to learn about how non-white citizens were affected by living in the U.S. during that era, an author told a Highline audience this week.

Author Julie Otsuka said that Japanese concentration camps were subjects that were not covered during school or any history class.

Otsuka spoke at a Zoom event on Tuesday, May 19 about her novel When the Emperor was Divine, which follows the story of a Japanese American family wrongfully incarcerated during World War II.

Before she wrote her novel, Otsuka studied sculpture, painting and pursued painting throughout her twenties.

“It wasn’t until I was 30 that I began writing,” Otsuka said. “I was writing comic fiction, just light-hearted humor.”

Otsuka said the idea of writing the story came during her second year at Columbia University. She stumbled upon an old photograph of a Japanese American woman on the street encountering an eviction notice for the first time.

“I didn’t think of it as chapter one of the novel. I thought of it as just a short story and it was really different from anything I had written before,” Otsuka said. “I never thought of myself as a ‘serious’ writer.”

“When I finished getting that story, I wrote it as a way to get it out of my system. I thought I would go back to writing comedy; my adviser from Columbia encouraged me to keep writing about family.”

Otsuka said that back then not many people were writing “ethnic fiction” and that it did not seem like anything people were interested in.

She described the book as a “personal labor of love” and did not expect it to reach a larger audience.

“I always had doubts. I always wondered if I was getting the story right, if I had the right to tell the story because I myself had not lived through that experience,” Otsuka said.

“My grandfather was arrested the day after Pearl Harbor. These stories weren’t really told; my mother would sometimes make references to the camp but at the time I thought she was talking about some sort of summer camp because of the sand, sun, and standing in long lines,” Otsuka said. “It wasn’t until I was older that I realized what she was describing.”

There were objects in her house that provided clues as to what happened, such as silverware with numbers inscribed or letters previously written from her grandfather.

Otsuka said it was a “goldmine” because she didn’t know her grandfather’s experience.

“The arc of this story resembles what happened to my family in real life. The characters are very much my own.”

Otsuka wrote the book as fiction instead of non-fiction because she liked the idea of getting to write creatively.

“I didn’t have an agenda where I sat down and thought ‘oh I need to write a story for the world to hear.’ It came from a personal place. I wrote the novel as a way of trying to understand my mother better and what she got through during the war,” Otsuka said.

“To me, in some ways, [writing a novel] was a higher sort of truth than the truth you would get from reading about facts in a history book.”

Otsuka says that one big difference between now and then is that now Asains are being targeted in a “new, different way.”

Despite everything that is happening, Otsuka says there has been lots of pushback against hate crimes.

“It’s a very uncomfortable moment for us in the Asian American community. We have more of a voice than we did before,” Otsuka said. “People suffered so much in silence. I do feel like, at least in my own family, there’s a lot of anger passed down. From my grandmother, to my mother, to me. I wanted to give a voice to that again.”